Researchers are always seeking a better method of stroke prevention than aspirin, but a recent multi-center study that included the University of Miami Miller School of Medicine showed that oral anticoagulants presented no significant benefit for preventing recurrent stroke for patients with embolic strokes of undetermined source (ESUS).

ESUS have long posed a number of challenges for neurologists. One challenge is that the cause of the stroke isn’t entirely clear. The other major challenge with ESUS strokes is that there is a high rate of recurrence, often within the following 12 months.

“Among the 750,000 strokes that occur in the U.S. each year, around 20 percent are recurrent strokes,” said Ralph L. Sacco, M.D., Olemberg Chair of Neurology and executive director of the Evelyn F. McKnight Brain Institute at the Miller School and one of the study’s authors. “So we’re always looking for new, better ways to reduce that risk.”

Currently, anti-platelets, including aspirin, are the standard of care in the prevention of recurrent stroke after ESUS. But one candidate that has garnered interest from researchers is direct oral anticoagulants. This class of drugs has already shown promise in preventing cardioembolic strokes in other populations, such as patients with nonvalvular atrial fibrillation. A recent study of more than 5,000 people published in the May 16 issue of the New England Journal of Medicine examined whether it could have the same benefit for patients who previously experienced ESUS.

Researchers, including those from the Miller School, in the study randomized 5,390 patients who had recently experienced ESUS to receive either aspirin or an oral anticoagulant known as dabigatran etexilate daily as a preventive measure against future strokes. The patients were then monitored for around 19 months afterward.

Though the study participants who took the oral anticoagulant dabigatran had a slightly lower stroke recurrence than those on aspirin, the bottom line is that the differences were not statistically significant enough to make new recommendations for preventing the recurrence of ESUS.

“After the first year, there appeared to be some favorable benefit of dabigatran over aspirin, but again, not enough to change clinical practice,” Dr. Sacco said. “This is the second large trial that showed no significant benefit for a direct oral anticoagulant for ESUS. The other one used a different drug, rivaroxaban, but both found no significant differences.”

As of now, the door is not closed on direct oral anticoagulants as a preventive medication in the recurrence of ESUS, but more research is needed in this area before it can become a recommended treatment.

“There is more work to be done, and other NIH-funded research in this area is currently ongoing to evaluate ESUS subgroups,” Dr. Sacco said. 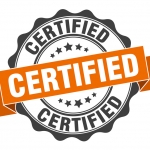